Camping Ain » Around the camping » Heritage and History

The Burgundian Bresse has an amazing historic heritage.

For a better understanding of the history of the Bresse region, we need to make first a short digression on its geology: the Bresse area is the remains of a large lake of the tertiary era, which stretched from the Doubs department to the Dombes plateau and from the Saône to the Jura border. The Bresse area is made up of ponds, forests, but also meadows with many winding rivers. These fertile lands were perfectly exploited by the peasants. But the most emblematic characteristic of the landscape is the bocage, i.e. the farmland crisscrossed by hedges and trees.

Let us focus a bit on etymology: the word “Bresse” (Saltus Brixia, Saltus Brixensi) is quoted in a text of the 6th century, as confirmed in a charter signed by King Gontran in the 9th century.

Now let us go back to history or rather, the turbulent history of the Bresse area over the centuries, whose conflicts gradually forged its identity. Until the High Middle Ages, there was only one Bresse, which was part of the Empire of the French Emperor Charlemagne. After the dismemberment of the Carolingian Empire, the Bresse was separated into the Burgundy Duchy, the County of Burgundy and the Kingdom of Provence. The center and south of Bresse were under the authority of an independent sovereignty, the “Sirerie de Bâgé”, then part of the County of Savoy.
In 1289, the Burgundian Bresse was born as a result of the grouping of several lands (the Châtellenies of Cuisery, Sagy and Savigny in Revermont, in exchange for the Sirerie de Coligny). The union of the County and Duchy of Burgundy (now named “Franche Comté”) made it a land of trade for more than a century (1317-1477). After the disappearance of Charles the Bold, the last Duke of Burgundy, the Burgundian Bresse area became part of the Kingdom of France. It was back in 1479.
Then came Savoyard Bresse (corresponding to the Ain department) in 1601 and less than a century afterwards, in 1678, the Jura Bresse.

Before the departments and the regions were created in 1790 and 1956 respectively, the Burgundian, Savoyard and Jura Bresse shared the same border. The current Bresse now extends over the following three departments – Saône et Loire, Ain and Jura – and over three regions: Auvergne-Rhône-Alpes, Franche Comté and Burgundy.

The numerous castles and architectural remains are the testimony to this glorious past. So, let yourself embark on a journey through time and come and discover some of the most renowned historic sites in France, such as the Brou Monastery or the Cluny Abbey. These are definitely must-sees. 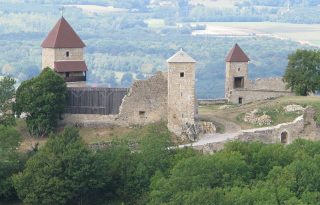 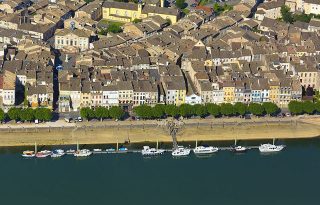 Tournus
29 km from the campsite 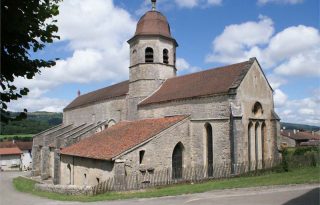 Gigny Abbey
30 km from the campsite 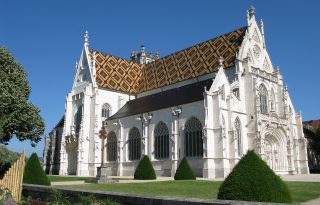 Brou Monastery
31 km from the campsite 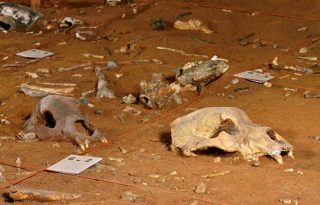 Caves of Azé
39 km from the campsite 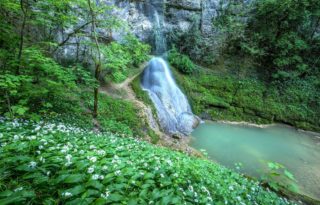 Tour de Dramelay and Quinquenouille waterfall
45 km from the campsite 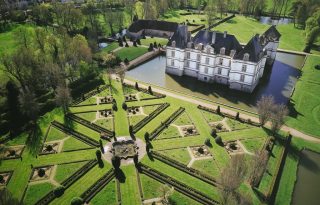 Cormatin Castle
49 km from the campsite 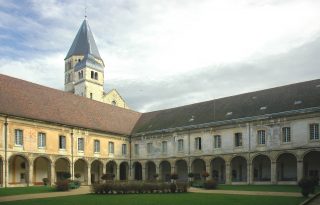 Cluny Abbey
50 km from the campsite 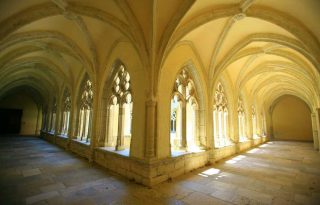 Ambronay Abbey
62 km from the campsite