Camping Ain » Around the camping » Cities and villages » Treffort Revermont 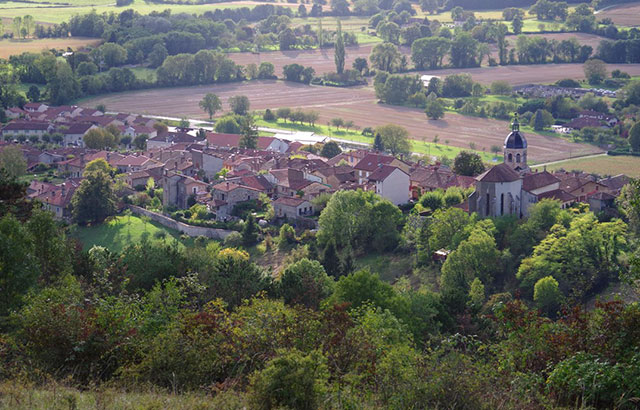 Treffort (01) is a village between Bresse and Revermont which has kept its medieval character. We find the winegrower’s habitat, the covered market halls, the washhouse, the church, the small alleys, the 14th century covered market hall, the fountains, the rue du fiscal, la Traboule and the rue Ferrachat with its beautiful facades.

The history of Treffort is told in the books as early as 974 (Trefortium) with the construction of the first “fortified house”. This site was inhabited by humans long before this date. It is a hilltop village, hanging on the first links of the Jura. The construction of the castle topped with eight towers at the top of the village (partially disappeared) was the work of the lordship of the Counts of Burgundy and then the Sires de Coligny. In 1289, the start of the Savoyard period, this village had ramparts pierced with at least six gates and more than thirty towers, the remains of which are still visible. In 1601, Treffort was attached to the kingdom of France.

Vines also shaped this village for over 1,000 years until phylloxera decimated crops.
The AOC Comté is now replacing the little Cavets wine.

42 km from the campsite