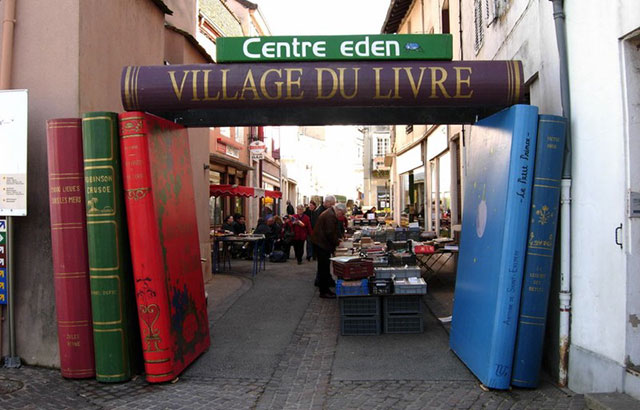 Cuisery (71) is called the “book village” with its book professionals installed in the old shops in the city center which welcome you all year round: booksellers, secondhand booksellers, record stores, antique dealers, book craftsmen or artists.
A “Village du Livre de Cuisery” association has been set up to promote and develop the book village. Every 1st Sunday of the month, a book market accessible to all is organized.

It also organizes literary meetings, clearance sales … throughout the year.
The name of Cuisery comes from a Roman legionary, Cuiserius and would certainly have been a Celtic residence then a Gallo-Roman villa. Known history begins in the 12th century when the lords of BAGE, powerful Savoyard lords, settled in CUISERY.

They established a seigniory there under their dependence, a châtellenie and built a fortified castle of which there remains a tower.
A certain number of villages were created or were attached to Châtellenie directed by a captain chatelain.
Gateway to Savoy and then attached to the independence of Burgundy, Cuisery will be destroyed several times during its history. Cuisery still retains its role of balance pole in Bresse Bourguignonne today.

23 km from the campsite